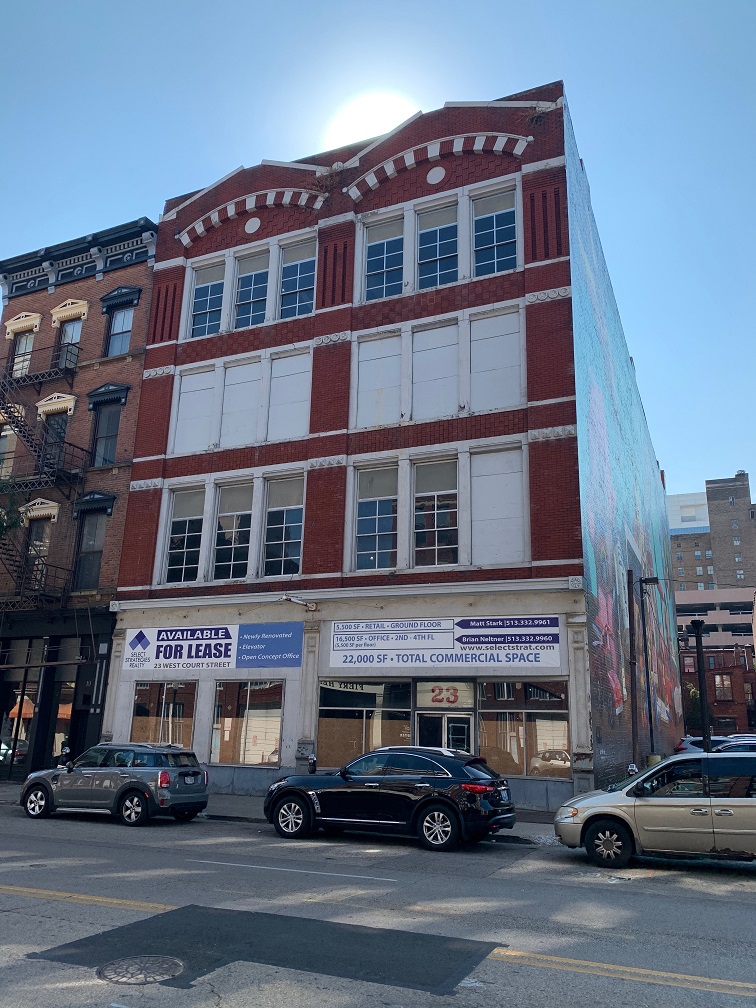 The city of Cincinnati and the Cincinnati Center City Development Corp. unveiled major changes to Court Street on Wednesday aimed at providing more space for pedestrians, restaurants, activities and festivals.

The $8.8 million project will widen the sidewalks on both sides of the street between Vine and Walnut, remove a median in the middle, and eliminate on-street parking on the north side, although there is a net increase in spaces in the area because of a new surface lot as well as the garage at the downtown Kroger store at 100 E. Court St.

3CDC also plans a $14 million Court Street South project on Vine Street just south of Court with residential units and commercial space as well as renovation to upper story buildings on the south side of Court Street. It estimates that $145 million will be invested in the corridor when existing and future projects are tallied up.

Select Strategies Realty has prime retail and office space available in the Historic District located at 23 West Court Street in Downtown Cincinnati. This historic building will undergo a complete renovation and will offer 5,500 SF of Retail on the Ground Floor with open concept office space occupying the 2nd through 4th floors (5,500 SF per floor). The goal is to create a creative space with modern amenities that also preserves and pays homage to the history of the area. The building will feature elevator access to all floors including the basement and rooftop which will allow for additional available SF. The rooftop offers sweeping views of revitalized OTR, Mt. Auburn and Clifton Heights to the North and the bustling Central Business District to the South.